Join us for a fun-filled afternoon of music-making! If you play violin or viola and are age three to thirty-something, you will enjoy this workshop. Everyone will have a Texas-style fiddling class with award-winning champion fiddlers Sherry McKenzie and Ridge Roberts, an ‘alternative styles’ class with Katherine Sullivan who will bring her “looper” to teach some 21st century technology, and a Suzuki repertoire class with Danette Warren, for that classical blast from the past! We will finish up the afternoon with a toe-tapping old-style fiddle jam session. Click here for our printable registration form. 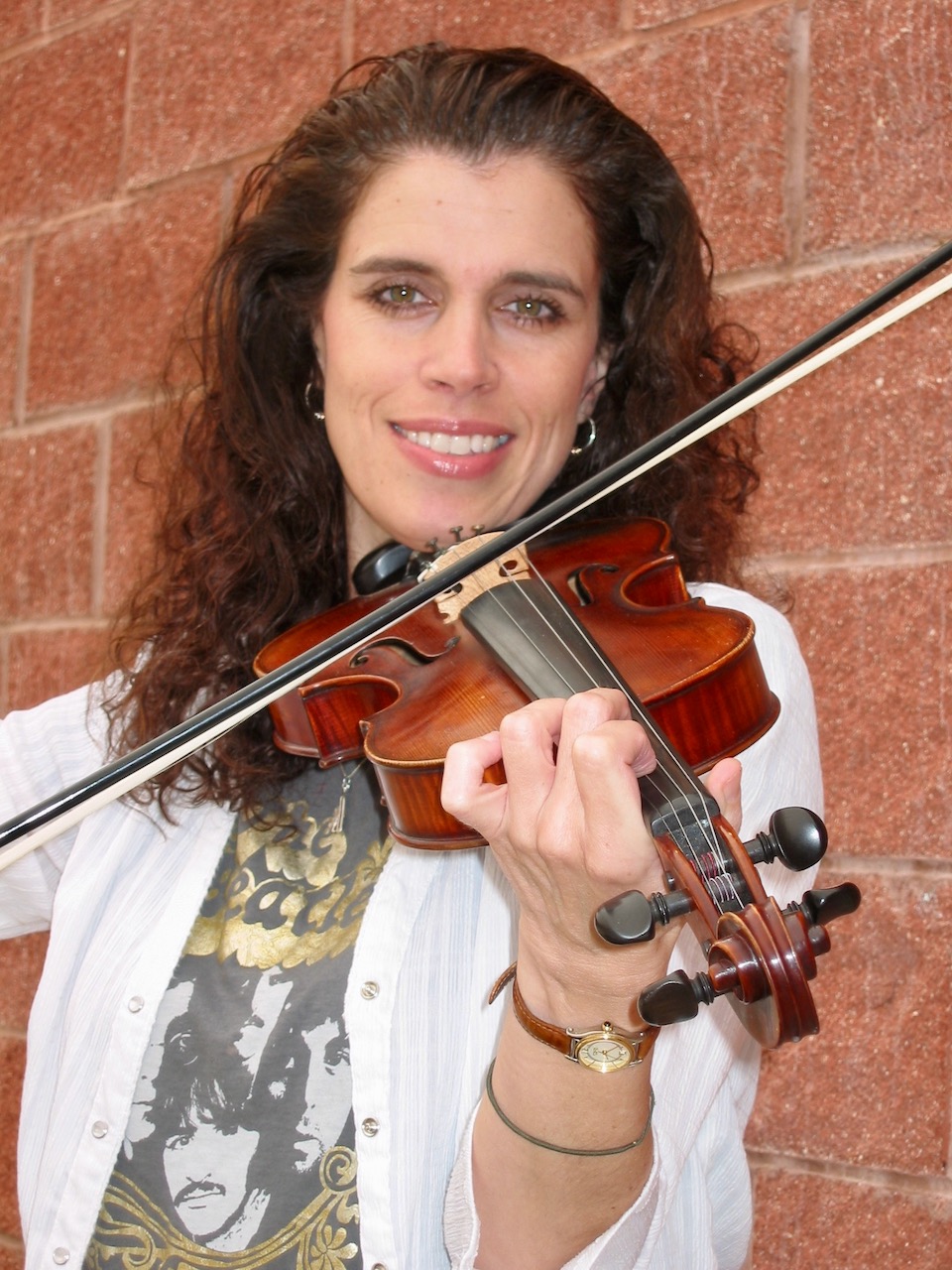 When eleven years old, Sherry experienced fiddle music for the first time.  “I saw a fiddle player on TV,” she recalls, “and thought it looked really, really fun.  My parents got me an instrument, and I started playing in the sixth grade orchestra in my hometown of Idaho Falls, Idaho and I just fell in love with the music. Sherry essentially learned to play Texas-style completely by ear.  “My parents would get me a record, like Benny Thomasson or Kenny Baker, and I would try to put those licks in the old-time songs I was playing. I met Mike Parsons and Roberta Pearce at a state fiddle contest and began taking lessons from them, learning this exciting style of fiddling, and the next year I got first place in the Junior Junior Division.”  After this first win, Sherry headed of to the national contest in Weiser, a few miles down the road. That year Sherry met Herman along with Benny Thomasson and Dick Barrett.  These three fiddlers would deeply influence her playing over the next few years. After these encounters, Sherry recalls, “I would spend hundreds of hours with a record, slowing it down and listening over and over.  And I spent hours watching great fiddle players, trying to figure out how they bowed certain songs.” Sherry has completed Suzuki Violin Unit 1 at Texas Christian University and has incorporated the pedagogical ideas of the method into her teaching. “I believe there are more similarities than differences with the Suzuki method and a systematic approach to learning traditional fiddling.” Sherry enjoys working with Suzuki students in an Enrichment role to supplement their existing studies and with intermediate level students of all ages. She is a sought after instructor at workshops and institutes across the country. 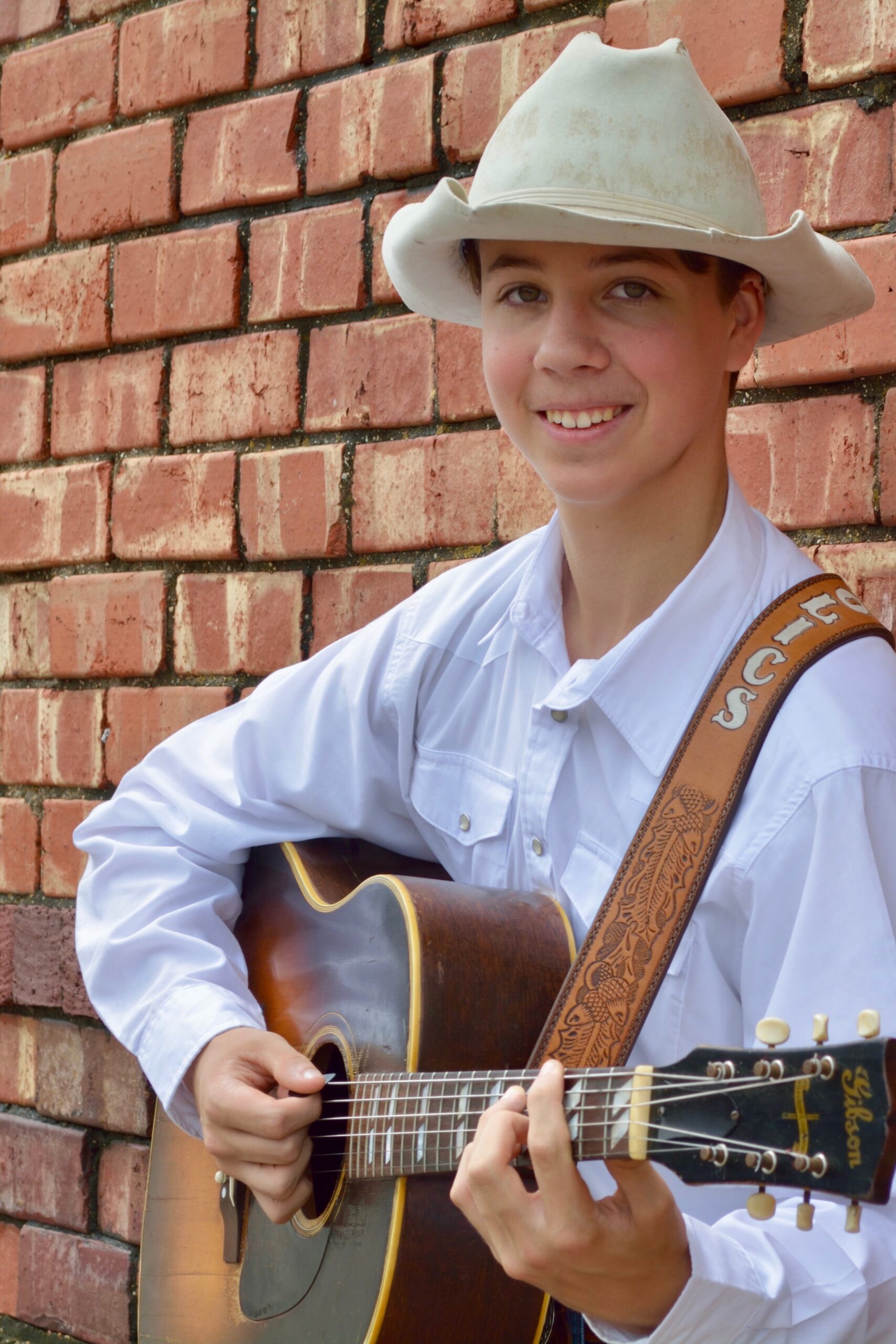 Ridge Roberts is an eighteen-year-old Texas native who breathes fiddling. When he was seven, his dad, John, taught him the basics until Ridge surpassed him. In 2013, at just 10 years old, Ridge entered his first fiddle contest, the Johnson County Old Settlers Reunion in Alvarado, Texas. It was there he started on a fiddle journey under the guidance and instruction of Sherry and Joey McKenzie. Since then, he has gone on to compete in and win many more contests, with several notable championship titles. He has shared his music with the community at nursing homes and senior centers  as well as playing in a country band, collecting smiles everywhere he goes. Since 2019, he has been the fiddler for the Western swing/traditional country band, The Western Flyers. Ridge also plays guitar, sings, writes songs, and composes.  He continues to hone his musical gifts with plans to continue his musical career after graduating. Ridge has three brothers and is the second son of John and Cindy Roberts. He enjoys reading, writing, and hanging out with friends. He loves all things vintage, especially Country music. Since his introduction to fiddling, Ridge has been and will always be a life-long student of music and its history. 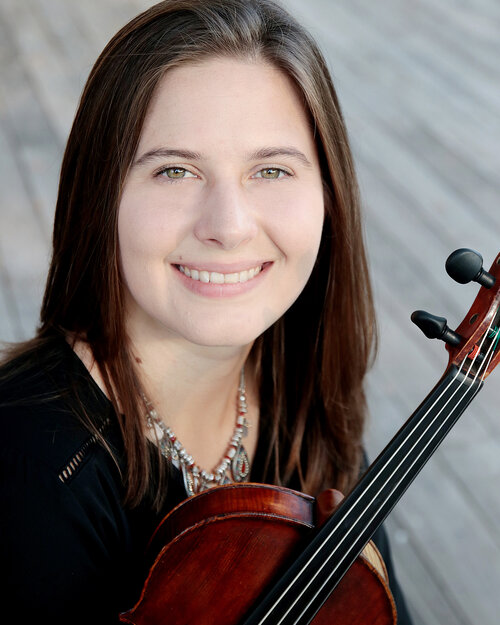 Katherine Sullivan is a professional violinist and educator originally from New York and now based in Houston. She and her husband, Ed Harper, run H-Town Strings, a Suzuki violin and cello studio in central Houston. She started playing the violin at age 4 and went on to study at the Manhattan School of Music pre-college division. She holds a Bachelor of Music degree from DePaul University School of Music in Chicago, a Master of Performance degree in Orchestral Performance from the Royal College of Music in London and a Master of Arts in Education from the University of Nottingham.
Katherine has taught internationally at Stamford American International School in Singapore where she specialized in early years education and established a comprehensive Suzuki Strings program for students ages three to five. She also founded Elementary and Secondary Strings orchestras, arranging music for both ensembles and conducting them in performances and showcases. Katherine integrated the Suzuki Philosophy and the International Baccalaureate Primary Years Program (IB PYP) Framework and served as Interim Head of Music. The philosophy of the Suzuki method, centered on positive education and inclusivity, forms the basis of Katherine’s teaching methodology. Katherine most enjoys the long term impact and relationship that instrumental study offers the student, and creating a unique program of study to best fulfill the student’s potential. 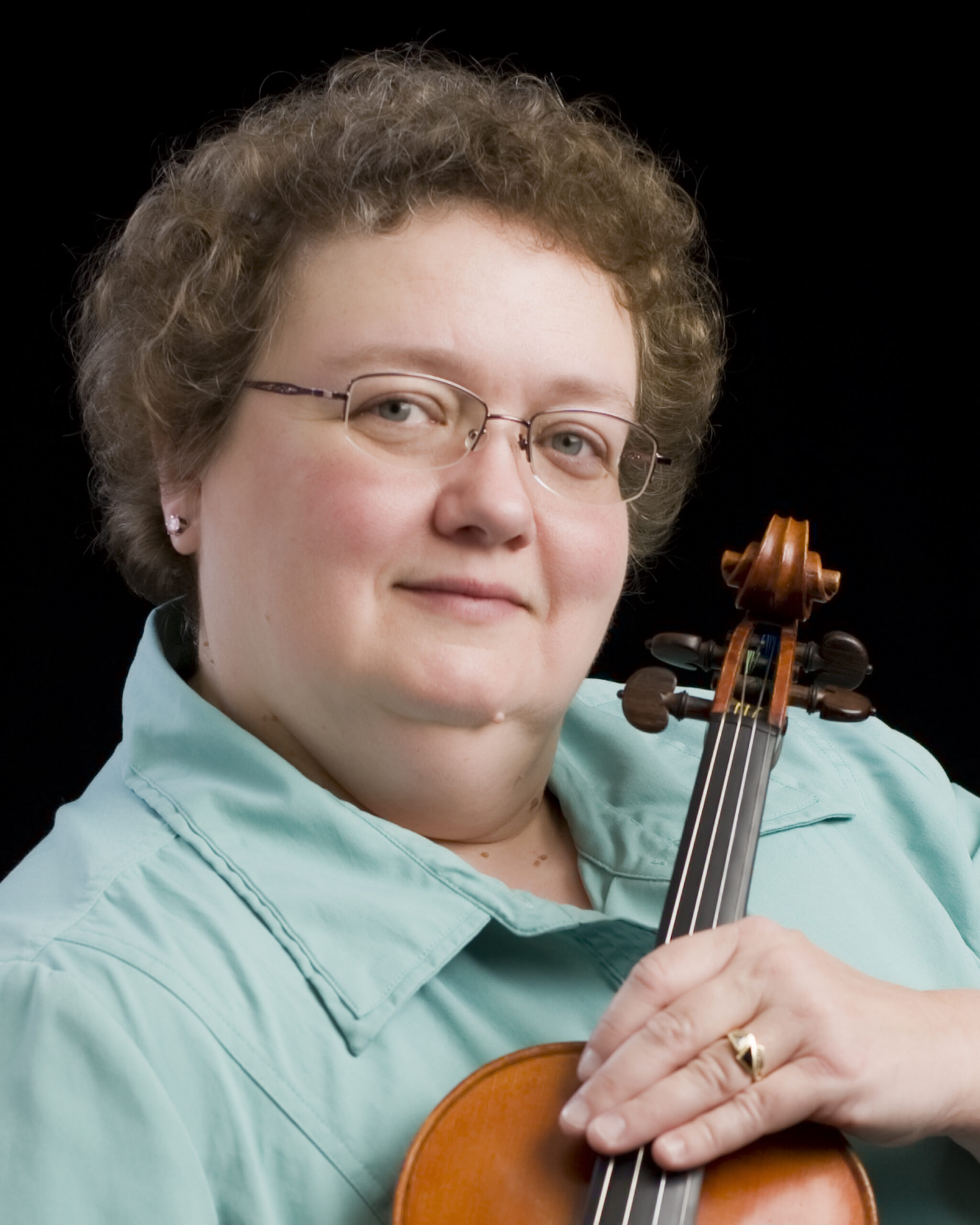 Danette Warren is the Director of Dolce Music Academy, home of Dolce Strings and Dolce Babies, where she teaches violin, viola and Suzuki Early Childhood classes. She also co-directs the Dolce Strings Touring Ensemble. She is an SAA Registered SECE Teacher Trainer. As one of the teachers who taught SECE classes at the 16th World Convention in Japan, she also had the privilege of speaking and presenting the SECE curriculum in depth. She is also the Director of the new Houston Suzuki Institute. A sought-after clinician at institutes, workshops, festivals and schools, she has been teaching for over 40 years, and has held positions such as President of the Houston Area Suzuki Strings Association (now Southeast Texas Suzuki Association), and state board member of Texas Music Teachers Association. She has received the Houston Music Teachers Association President’s “Bravo” award and was also awarded “Teacher of the Year”. She has been published in the American Suzuki Journal, contributed a video to Parents and Partners Online, and has presented at numerous SAA Conferences and Leadership Retreats. She holds a Bachelor of Music degree with honors from Indiana University, where she studied violin with Tadeusz Wronski and Josef Gingold. She has had the great privilege of studying SECE with the creators of the curriculum, Dorothy Jones and Sharon Jones. She also co-directs McKenzie’s Fiddle and Suzuki Workshop, performs with the Möbius Chamber Ensemble and as a freelance violinist and violist in the greater Houston area.